We bet you will desire to visit the Blue Grotto after reading this page. Get ready to live a fascinating experience!

May you’ve visited “a” Blue Grotto already, but if you didn’t explore “the” Capri Blue Grotto yet, this excursion should be on your bucket list.

The Blue Grotto is the most famous attraction of Capri and the Amalfi Coast, one of the most celebrated in the whole Italy, it is considered the most astonishing spot to reach with a boat tour, famous from the ancient times.

The history of the Blue Grotto

During the Roman Age, for example, the grotto was used as a private location and as a Marine Temple by the Emperor Tiberius. He fell in love with Capri so that he would like to refuse to live in Rome, preferring a villa overlooking the mainland, from which he could also reach the Blue Grotto.

During his reign the Grotto was decorated with several statues, as we discovered in 1964, when three masterpieces were recovered from the floor (now displayed in the museum of Anacapri, which absolutely worth a visit!). Other seven sculptures were recovered in 2009 and the organization Marevivo is studying together with the Pompeii Superintendence now the possibility to adorn the grotto with some perfect copy of this artworks.

It’s strange to note that in the 18th century the Grotto was avoided by sailors and islanders, because they thought it was inhabited by witches and monsters. This legends was cancelled by the German writer August Kopisch and his friend Ernst Fries, who were taken inside the Grotto by a local fisherman.
Mark Twain also visited the grotto in 1869.

What should you expect from the Blue Grotto experience?

Outside you will find some chaos: many people desire to visit this beautiful landmark, above all the Capri experience is a once in a lifetime and it’s right to try to get the most from each day and trip. But inside everything is different, there’s a quite peaceful calm and the water is simply… blue.

The captain will ask you to lie down on the boat and then he will pull you into the grotto using chains attached to the rocky walls. You will pass from the outside to a dark cavern and then to a marvelous vision: the azure blue light will surprise you, together with the voices of the captains singing ancient Neapolitan songs.
Something you can not properly describe in words.

What is the best time to visit?

We suggest to arrive at the Blue Grotto between the late morning and the early afternoon, avoiding the overcast days and the late afternoon: the sunlight is less bright and you could have to wait more time in lines to enter. 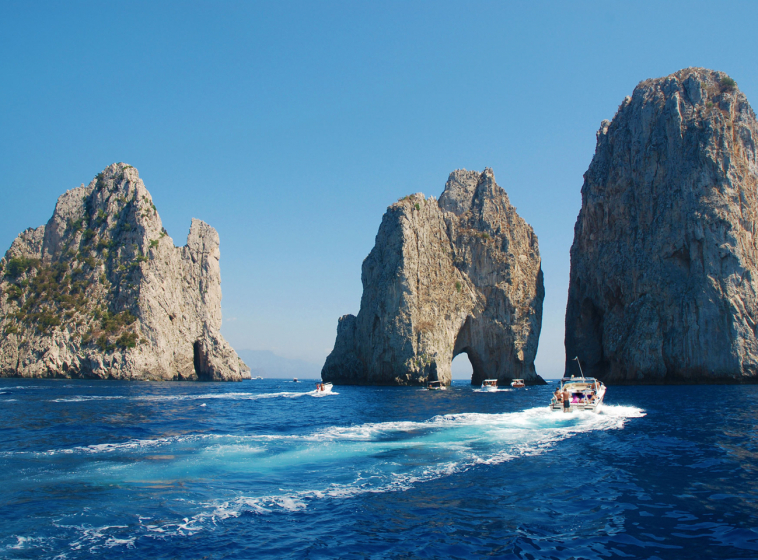 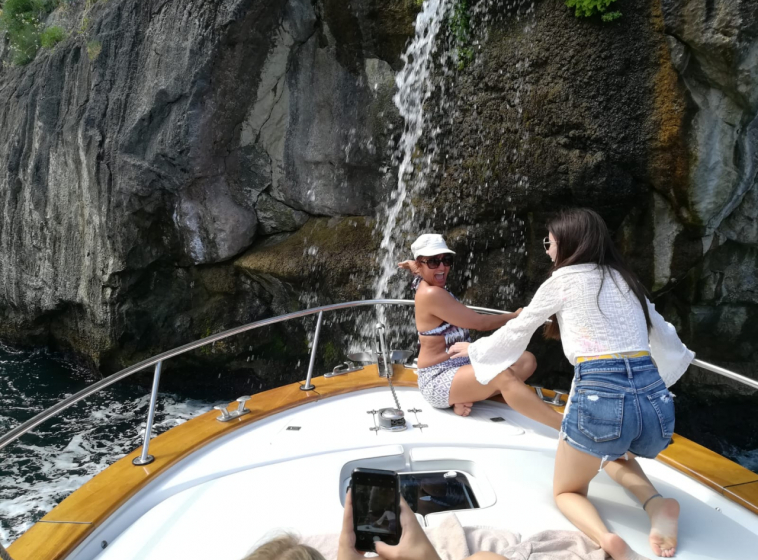 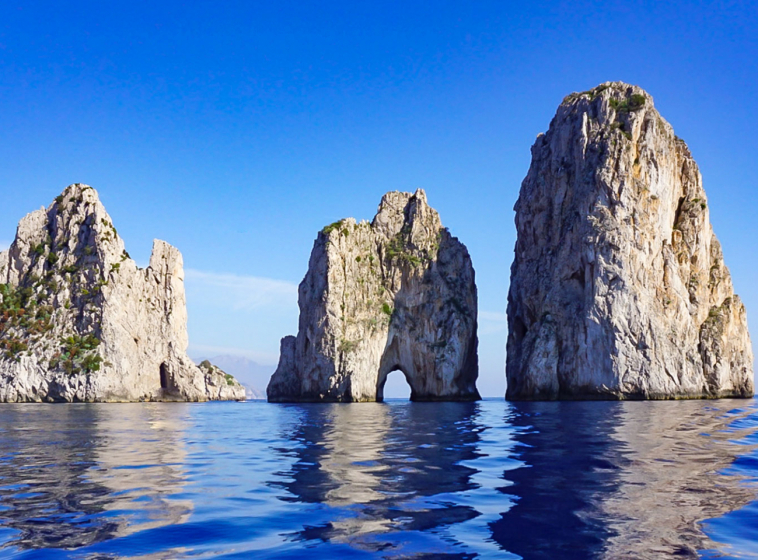 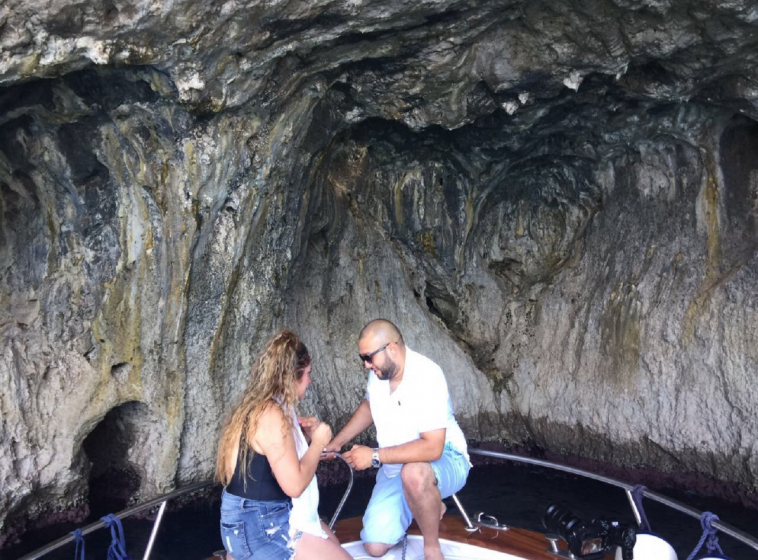 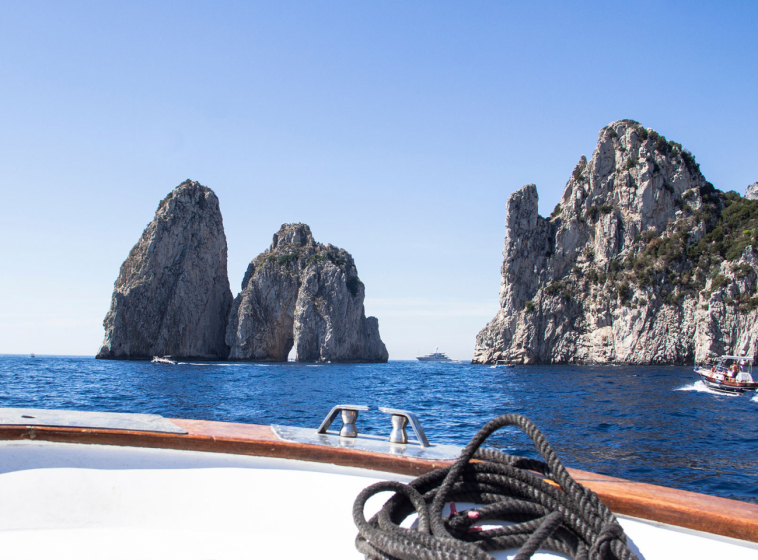 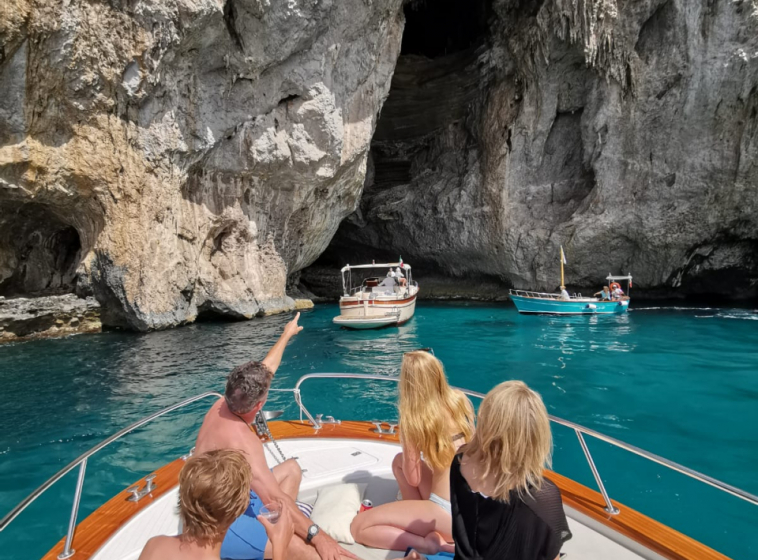 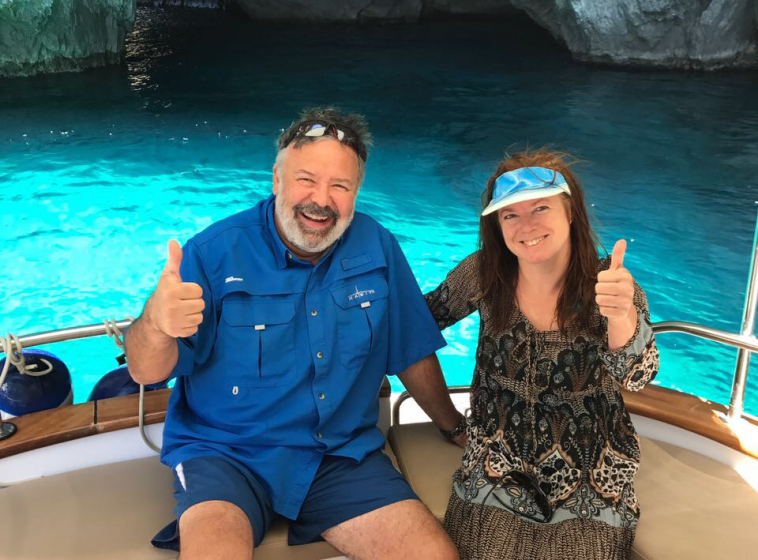 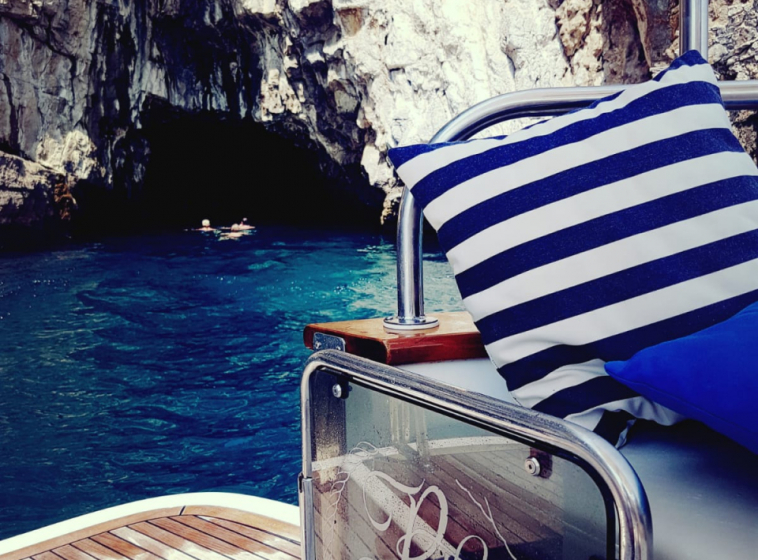 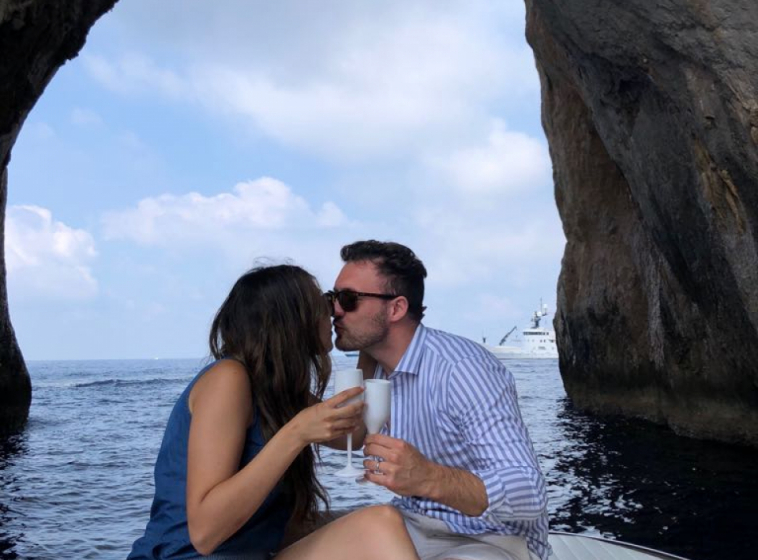 The trip to the Blue Grotto

The Blue Grotto is a sea cave, 60 meters large and 25 meters wide. The cave mouth is two meters wide and about one meter high, so that to enter the visitors must board small rowboats which transports a maximum of four people. Therefore you can’t visit the Grotto with one of our comfortable and spacious boat, you will have to use the small boats provided by a local company, the one authorized to access to the grotto. The entrance fee of eur 14,00 can be paid directly on the spot. Moreover many tourists complain about the additional request for tips.
Visitors are not allowed to swim into the grotto or dive from the boat and swim inside the cavern for safety reasons.

Anyway it’s one of the best excursions and boat tours you can live in the whole your life, the perfect spot to visit during your honeymoon or a romantic tour in which popping the biggest question.
Browse our tour and feel free to contact us to plan a perfectly tailored experience for you and your partner, friends or family. Our goal is to make you fall in love with our magic land, unveiling its natural and hidden beauty. Contact us now and we will star designing together the most marvelous boat tour ever!